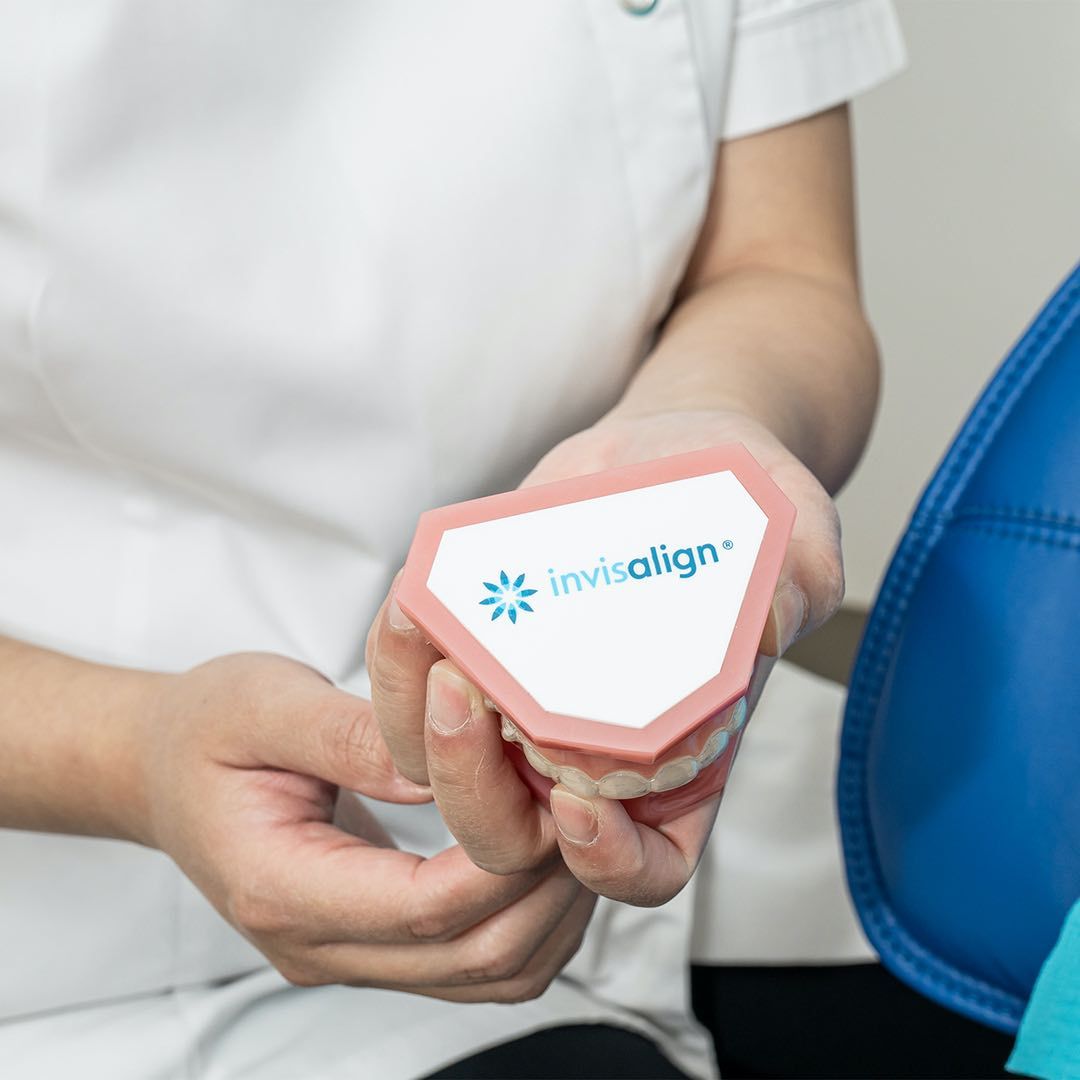 Gone are the days of having to deal with uncomfortable, metal braces. Now you can get nearly invisible braces, that are so discreet, others will barely even notice them.

Our dentists have helped many of your Scarborough neighbours get beautifully straight teeth with the use of Invisalign, the world’s most popular system of clear aligners.

Invisalign: The Clear Alternative to Braces.

Keep reading to learn more about the advantages of Invisalign over traditional braces.

How Does Invisalign Work?

The Invisalign system uses a highly advanced 3D digital process which analyses your smile and then digitally moves your teeth into the ideal functional and best looking position. This allows both our dentists and you to visualise the end results to match your specific needs and desires. Once your treatment plan is approved, a series of sequential clear aligners are manufactured, each one being precision-made to fit your teeth.

Each aligner places a very controlled pressure across each tooth to move them with a high level of precision. We’ll give you a new set of aligners every few weeks; each new aligner is designed to move your teeth an extra couple of mm each time.

Because of the convenience and accuracy, Invisalign is very popular because it can do all this and remain virtually undetectable to the naked eye. It’s suitable for a lot of adults because they can straighten their teeth with the discretion needed to get on with their professional work or life. 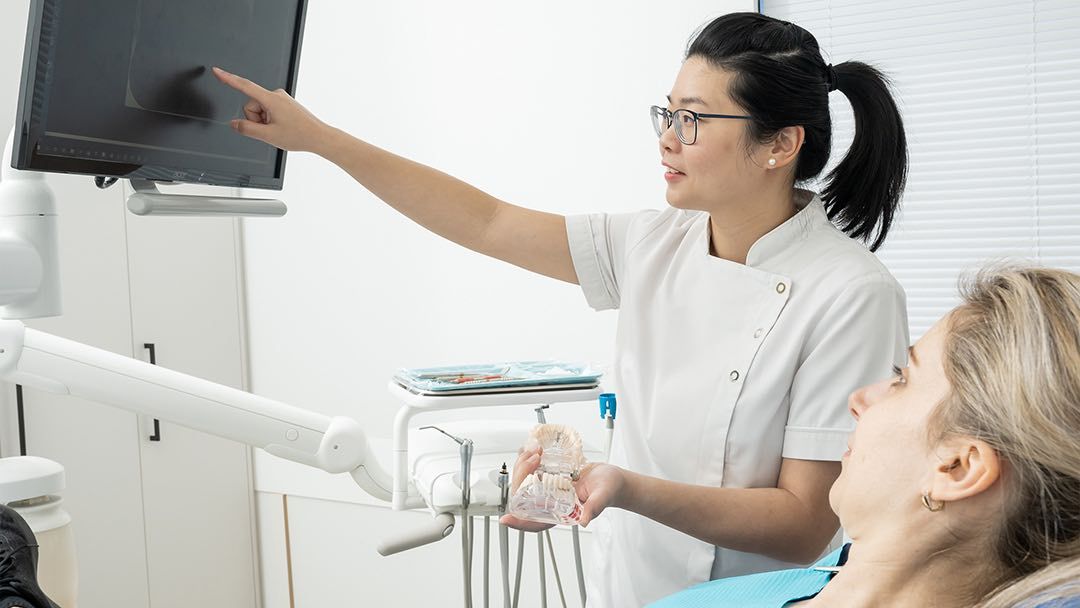 How Long Does Invisalign Take? 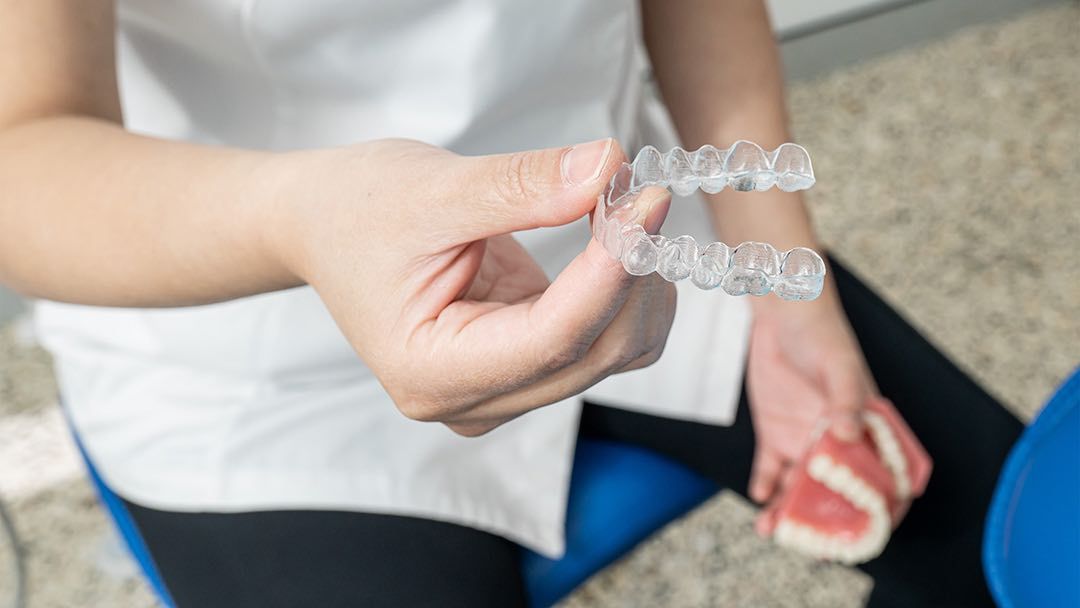 Most patients will have between 18 and 36 sets of aligners. The shorter treatment plans take just a few months, with the more complicated plans needing around 18 months. Again, during your consultation, we’ll be able to give you a more accurate idea of how long your treatment should take.

For best results, you need to wear your aligners full-time, only taking them out for eating and brushing / flossing. You will also wear your aligners while sleeping, for a total of about 22 hours a day, every day. Maintaining a strong oral hygiene regimen is part of the process, so be sure to brush after each meal and floss daily. We’ll see you for a check up every 4-6 weeks and provide you with the next sets of aligners, which will be swapped out once every 7-14 days.

Everyone’s teeth are different, as such, results will vary. With the Invisalign ClinCheck software, we’re able to show you an accurate representation of how your teeth will look once your treatment has been completed. 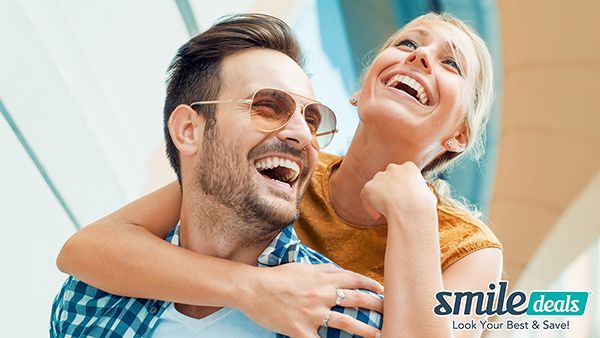 As part of our monthly promotions, we offer a full case of  Invisalign Clear Aligners through Smile Deals® for just $6500 ($8900 value). To get started, download your money-saving, Smile Deals® voucher today!

* Results may vary from person to person. Any surgical or invasive procedure carries risk. Before proceeding, you should seek a second opinion from an appropriately qualified health practitioner.

Advantages of Invisalign Over Metal Braces

• Aesthetics: because the aligners are nearly invisible, your friends and coworkers are less likely to notice that you are having orthodontic treatment.
• Hygiene: traditional braces require more complex hygiene care, whereas Invisalign is removable and teeth can be brushed and flossed as per usual.
• Comfort: your tongue won’t get caught on metal brackets and the soft tissue inside your cheek won’t get irritated since the aligners are made of a smooth moulded plastic material.
• No diet restrictions: with traditional braces, you avoid foods such as chewing gum, hard foods and crunchy foods that could potentially damage your brackets and wires. With Invisalign, since aligners are removed before eating, you can eat all of the foods you enjoy. 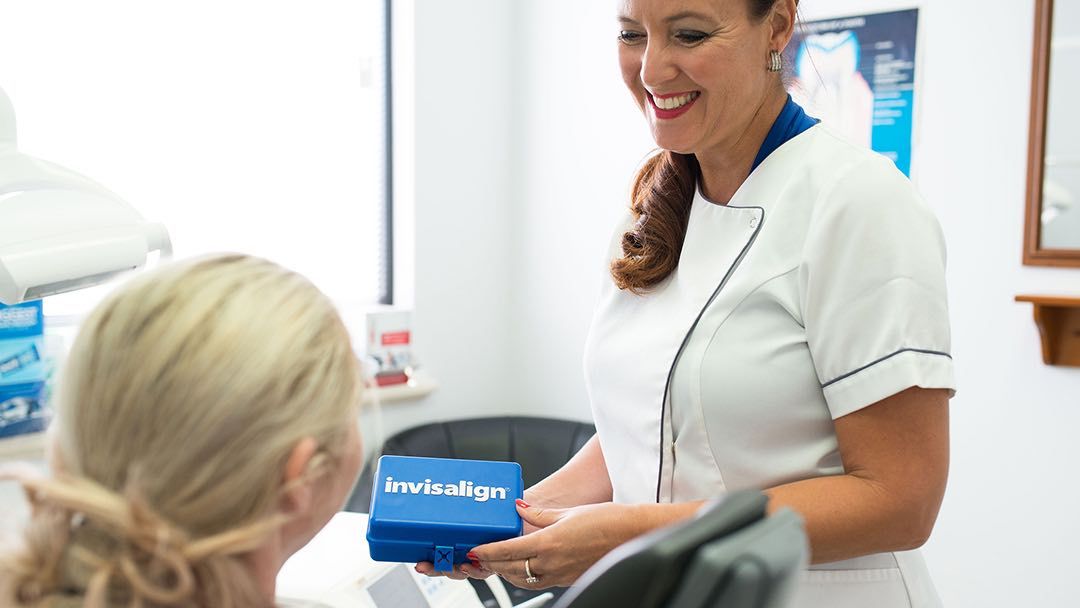 Why Choose Us For Your Invisalign?

Our experienced team has received specific training and certification from Invisalign to ensure you get the best possible results. When you call up our practice and schedule your Invisalign consultation, you’ll soon discover what your teeth will look like once they’ve been perfectly aligned

Will Invisalign work for my teeth?

With the advancements in technology, Invisalign is able to treat even some major issues with teeth like overbites or rotated teeth. It does depend on your individual situation though. We offer a free consultation where we will determine if you are a candidate for Invisalign, and even show you what your teeth will look like after treatment.

No, in fact many professionals choose to get Invisalign treatment because it is so effective and uses almost invisible aligners. We have had patients in their 40’s and 50’s take advantage of Invisalign. Each treatment is customised for your individual needs.

How long does treatment take?

Treatment typically takes from 6 months up to 18 months, depending on how much your teeth need to be moved. The aligners are meant to be worn all the time, apart from eating or cleaning your teeth, so if you don’t wear them as directed, your treatment could take longer.

What does it feel like to wear clear aligners?

When you first start treatment, there may be a slight adjustment period during which the aligners may feel slightly uncomfortable. Most patients become accustomed to their new aligners fast, and after a while, hardly even notice that they’re there at all.

How much does Invisalign cost?

The cost for Invisalign varies depending on how many aligners are needed to move your teeth to their ideal position. This can be anywhere from 8 to 48 sets of aligners. Typical costs for a full case will range between $8,000 to $9,500. When you come in for your free consultation, we’ll be able to give you an exact cost including promotional offers we may be running at that time.

Do you accept Smile Deals® Vouchers in your practice?

Yes. We have many offers on Smile Deals® for cosmetic dentistry procedures including Invisalign, Dental Implants and ZOOM Tooth Whitening. Click here to learn about our $6500 Invisalign offer through Smile Deals®.

Scarborough is a coastal suburb of Perth, Western Australia, located approximately 14 km northwest of the city centre in the City of Stirling local government area. It was named after the English beach resort Scarborough, North Yorkshire. It has a population of about 14,300 people (2011 census), of whom about 25% were born overseas, mostly in the United Kingdom. It has a landmark high-rise hotel, the Rendezvous Hotel Perth Scarborough, originally built as Observation City in 1986 for Alan Bond, in anticipation of a demand for accommodation when the 1987 America’s Cup challenge was held at nearby Fremantle. Scarborough Beach was the venue for the Australian Surf Life Saving Championships for the years 2007, 2008, 2009 and 2014.

At the roundabout, take the 2nd exit onto Weaponess Rd
46 m

At the roundabout, take the 1st exit onto St Brigids Terrace
Go through 1 roundabout
900 m

Things To Do In Scarborough

Things to Do and See In Scarborough

Nearby Towns and Suburbs to Scarborough

Towns and Suburbs Nearby Scarborough

Use of this site is subject to our terms of service and privacy policy. This site does not provide dental advice, diagnosis or treatment.
*Any surgical or invasive procedure carries risk. Before proceeding, you should seek a second opinion from an appropriately qualified health practitioner.

Any surgical or invasive procedure carries risk. Before proceeding, you should seek a second opinion from an appropriately qualified health practitioner. This offer may change without notice.